The Adventure of Us 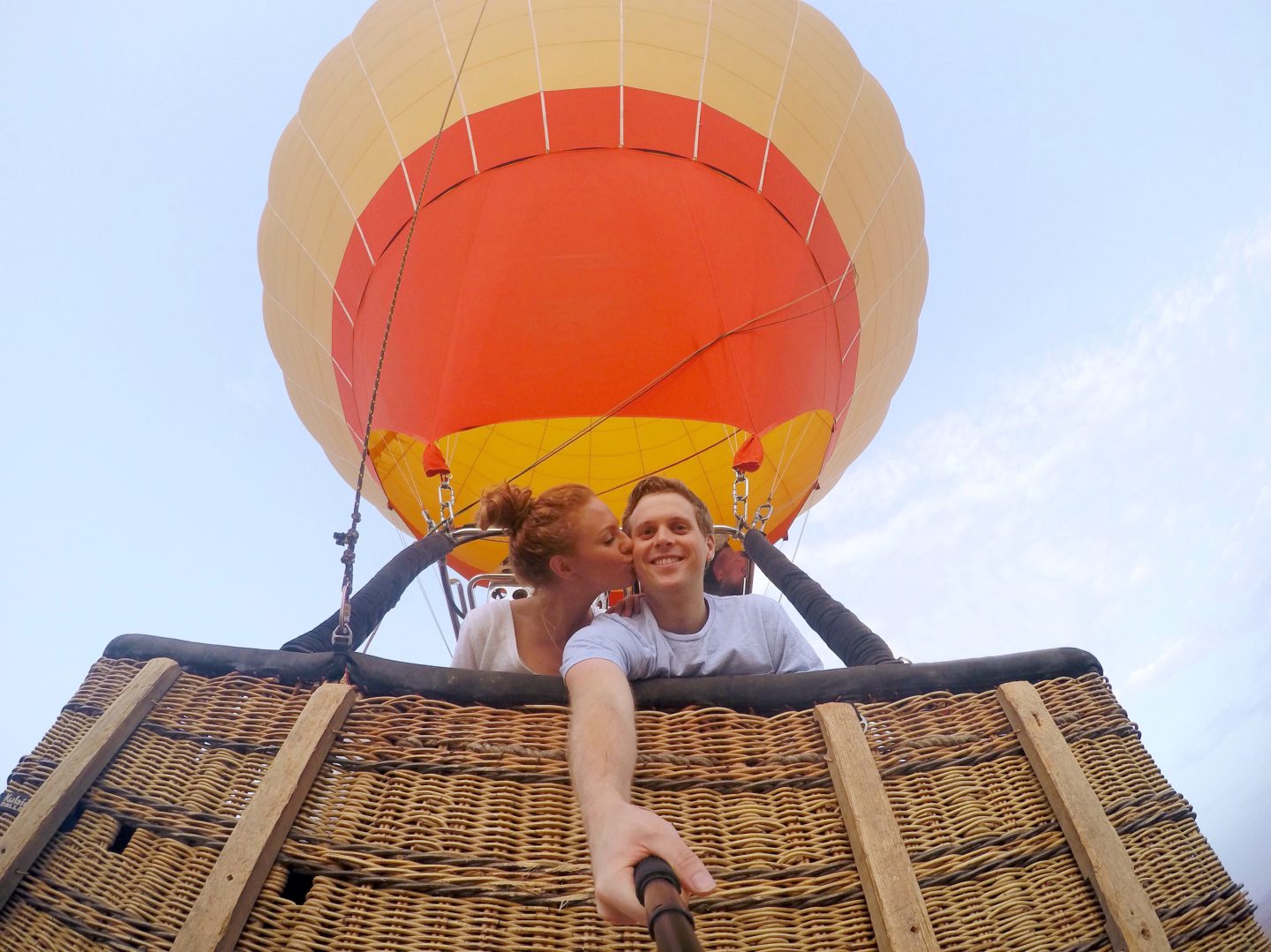 The second we landed in Morocco, Brad and I both said to each other, “this is my kind of travel.” We could tell the culture was totally different than anything we are used to at all. We stayed in a Riad in the middle of the old town, which is inside the city walls. Our driver told us inside the walls, you experience the “real Morocco.”  In there, cars are rarely spotted, but are replaced by donkeys pulling carts, there are no large stores, only small markets, and it was very hard to find a shop that sold cold water bottles – that was a struggle for me lol.

Highlights of the city, for me, were the amazing tiles and and beautifully designed mosques. Also, all the doors here are stunning! Brad will tell more about the details of places we stayed and things we did at the end of the post!

This is at the Bahia Palace!

The Bahia Palace is huge! All the photos so far have been from there, including this one.

We took a tour to the Atlas Mountains and a Berber village – it was a small village on the side of the mountain!

If you ever need a good rug for a great price, go to Morocco! They have thousands of them 🙂

We went to a Berber village on the skirts of the Atlas Mountains and learned how to make Moroccan Oil. That’s right ladies, that stuff you by for 60 a bottle!

Atlas Mountains! What we thought was a little hike turned into an 6 mile hike, which we did in flip flops and Sperrys!

I went chasing waterfalls.. but only for the guy underneath it!

This was our Riad, which is a traditional Moroccan hotel. They all have these pools in the center for cooling off!

Hot air balloon over the desert!!!

Jardin Majorelle gardens which are outside the city walls!

After walking 30+ miles in my J. Crew flip flops I finally got a nasty blister on one foot! Since we still had a lot to see and were not close to our riad, Brad switched me shoes for the time being lol!!

This is at the La Mamounia hotel which is an amazing 5 star hotel in Marrkech! We didn’t stay here, but did go visit!

I could live in this room!!

These are the Souks which are the small markets.

These are all in Jemaa el-Fnaa, which is the name of the square!

Marrakech is awesome! We loved it! If you go visit, here are a few tips:

As a child I dreamed of going to Barcelona because my dad traveled there a ton for business and it was his favorite city in the world. He would would being home fun gifts and show us pictures of all the cool buildings and architecture. So when Brad told me Barcelona was a city we could get to with points, I jumped for joy! We loved it there. I am a big fan of ALL of Antoni Gaudí’s work, and I especially love his use of natural light in his buildings. I try to keep our home in San Diego as bright as possible and love having our windows open at all times. So I really loved the creativity he used to bring light into his buildings; most of the cool buildings from these photos are his.

Our travel details for Barcelona are at the end of the post!

Casa Milà, one of Gaudi’s buildings!

Casa Batllo, another of his buildings!

We took a really cool tour through Gaudí’s Casa Batlló. They gave us tablets that combined augmented reality and virtual components so we could be in a room and then look at the tablet and see what the room looked like when it was fully furnished. It was really cool!!

Isn’t this a crazy cool building??

I love all the natural light!!

And more gelato! The best part about going on vacation is the guilt free ice cream 🙂

Sagrada Família is Roman Catholic church that as been under construction for 134 years!!! Gaudi is the mastermind behind it, of course!

I couldn’t not believe my eyes once inside. It is unlike any building, church, or place I have ever been too! It really was super amazing and mind blowing! Pictures just cannot do this building justice.

Brad and I realized the whole church is like a giant tree. There are carved leaves all around it and near the top of the building there are these baskets of fruit, oranges, beans, wheat, strawberries, and grapes. Pretty neat!

Park Güell is a park that Gaudi helped design. It is full of gardens and beautiful architecture. It is on Carmel Hill!

This is in the Gothic Quarter of the City!!

I am a bit of a macaroon lover so when i saw there was a macaroon ice cream sandwich, I was all on it!! It was amazing! Someone in San Diego needs to opened up a shop selling these because they are amazing, and would kill it here!!

Madrid’s airport might be my favorite in the world! Those green pillars are all different colors of the rainbow lol!!

This is the Caixa Forum Madrid, which is a museum. I told Brad that if for some reason we live in a city when we are older and can’t have a yard, I’ll take this on the side of the building instead 😉

Brad and a little metal man

Caixa Forum’s stairs were a wonder themselves!

When I went to South Africa 7 years ago, I tried this Dannon cereal flavored yogurt and fell in love with it. You have to try it! Every time I travel, I look for this flavor. Every country I have been to has had it except for…. The United States!! It this craziest thing! So if you know where to get it, let me know 🙂

Spain is a place I would love to go again. These are very different cities and I’m happy we got a flavor of two different parts of Spain while there!

If you’re going to Barcelona, you have to see Gaudi. Make sure to go visit La Sagrada Familia; it’s a masterpiece and unlike anything else I’ve ever seen. Whether you like his style or not, Gaudi was an absolute genius. One heads up for this: while the other parts of our trip were budget friendly, Barcelona architectural tours were not. So make sure to budget for that before hand!

While in Barcelona, we stayed near La Rambla, which I would recommend to anyone. It’s a very central location to most everything you’ll want to see and has a lot going on (thanks Caitlin)! We stayed at an Airbnb. I would definitely recommend staying in that area and would definitely recommend an Airbnb, because that’s a lot cheaper than a hotel. It’s pretty easy to get around Barcelona on public transit, though we mostly walked. There’s an airport bus that takes you to and from La Rambla that is super easy and costs ~1 Euro.

There’s a lot to see in Madrid! Including a lot of cool museums. You can get into the Prado museum for free late in the day, but watch out, there can be a long line!

One thing that we luckily stumbled upon was the best gathering of street performers I’ve ever seen. There’s a plaza near Plaza Mayor in Madrid called Puerta del Sol that gets packed at night. We were there for two hours watching dancers, roller bladers, and other entertainers putting on great shows. I got suckered into being a prop for the roller bladers and got jumped over by them while laying next to six other poor unfortunate souls. It was a little scary, haha.

If you’re ever in Spain, make sure to get tapas! Get the papas fritas with the spicy sauce and the bacon wrapped dates. They are really tasty! (thanks to our friend Randilyn!)

This post is for all my friends who kept telling me to get a blog, because it would not be here without you! After Bradley and I got married, I thought about making one, but came up with a million excuses not to, so it didn’t happen until now, 6 months later. But better late than never!

This first post will be short, but we hope you all enjoy our blog. I will be running it for the most part. Adding posts on places we have traveled to along with some tips here and there. I will also be sharing fun and silly life moments, moments I love and scriptural thoughts.

Bradley will be adding post here and there too.  He will probably add travel tips and spiritual thoughts. If you know Bradley, you know he is the best travel planner EVER! All credit goes to him for our amazing trips, he really has this down guys. He gets us amazing deals everywhere we go on flights, hotels, Airbnb, you name it! So I would definitely watch out for his posts.

WE hope you enjoy it!! 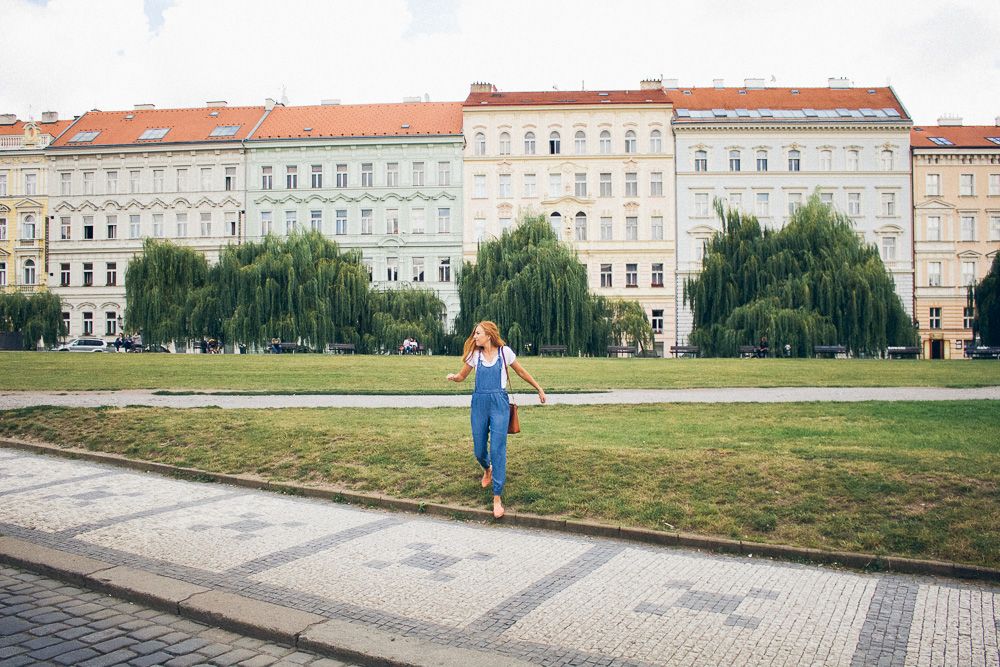 The last week of summer, Bradley took me on the most amazing graduation trip EVER! We traveled to Prague, Barcelona, Madrid and Marrakech, which is in Morocco. It was diffidently a unique mix of places and but we – aka Brad –  found great deals on flights and these are all cities we had been wanting to visit, so it just happened to work that way.

Prague: For years I have been told how magical and dreamy Prague is and many people have told me that they rank it as their favorite city in Europe. That said, it was high on both Brad and mine’s lists of places to go in Europe. After spending a few days in the city, we completely agree, this is one of our favorite cities in Europe. It lives up to all you hear about it and more. There are beautiful castles, great landscapes, great food, and honestly I was really impressed with the great prices too!! We got a 35 min Uber ride for $13, it was awesome!!

You can’t beat the colorful buildings there are on every corner. I have been to many cities that have beautiful buildings, but only in a small area of town. Prague, on the other hand, is completely filled with beautiful clean buildings everywhere.

John Lennon Wall. We had to be careful where we took the photo because there was some profanity on the wall, unfortunately. So I apologize if I missed any!

Double ice cream coning it while I set up the camera haha!!

We passed these building on the way to church the first day we got here, and I fell in love with them! We didn’t stop because we were in a hurry to make it on time, but on our last day, we finally make it back, and I am still smitten by them.

Some day we will have a house with flower boxes!

This is life, and we think it’s a great adventure. Everyone has their own personalized life that is  unique and different from anyone else’s, but they all have one thing in common, each life is full of adventures. Adventures of love, change, growth and fun, they are simple, magnificent and sometimes challenging. But no matter the situation, you can always find adventure in the simplicity of life.

This page is to share the splendid moments of life, big and small.